The technology is coming, but contrary to what some people say, there could be health risks

Our cells are specialized to conduct electrical currents and contain intricate mechanisms for life; EMF exposure can interfere with several cell functions, including cellular homeostasis. At this level, an increase in free radicals may mediate the effect of EMFs and lead to cell growth inhibition, protein misfolding, and DNA breaks.

Effects of electromagnetic fields exposure on the antioxidant defense system.

This review concluded that exposure to EMFs results in oxidative stress in many tissues of the body. The results of the studies not only clearly demonstrate that EMF exposure triggers oxidative stress in various tissues, but also that it causes significant changes in levels of blood antioxidant markers.

Effect of GSTM1 and GSTT1 Polymorphisms on Genetic Damage in Humans Populations Exposed to Radiation From Mobile Towers.

Microwave frequency EMFs directly activate the voltage gated calcium channels (VGCCs) in isolated membranes. In the experiment, a range of microwave frequencies were used and each frequency produced VGCC activation. This study clearly shows that the EMF activation of the VGCCs is direct and not due to some indirect regulatory effect.

DNA damage indicators were much higher in the exposure groups than in the control subjects. In addition, DNA damage increased with the daily duration of exposure. The researchers pointed out that cellphone users, particularly heavy users, should be made aware of the potentially damaging long term effects.

With over 9 million people estimated to die of cancer in 2019, cancer is at the forefront of our health problems. Cancer is a generic term for a large group of diseases characterized by the growth of abnormal cells beyond their usual boundaries that can then invade adjoining parts of the body and/or spread to other organs. Radiofrequency (RF) radiation, like that emitted from mobile phones has been classified (2B) as a possible human carcinogen by the WHO, however recent evidence from animal studies has shown a more direct cause for cancers in the brain and heart.

MALIGNANT BRAIN TUMOURS
Case-control study of the association between malignant brain tumours diagnosed between 2007 and 2009 and mobile and cordless phone use.

This study confirmed previous results of an association between mobile and cordless phone use and malignant brain tumours. These findings provide support for the hypothesis that RF-EMFs play a role both in the initiation and promotion stages of carcinogenesis.

A report released from The National Toxicology Program (NTP) under the National Institutes of Health (NIH) in USA on the largest ever animal study on cell phone RF radiation and cancer. An significant increased incidence of glioma in the brain and malignant schwannoma in the heart was found in rats exposed to wireless radiation. The control group of rats had zero incidents.

Marshmello & Jonas Brothers
Leave Before You Love Me
4. 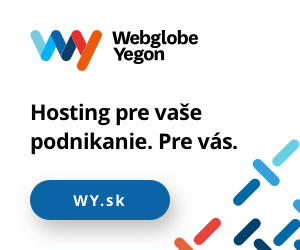